For the last three years, the Naples-Marco Island area of southwest Florida has taken the number one spot as the U.S.’s healthiest and happiest community in the Gallup-Sharecare Well-Being Index Survey.

This feat won’t come as a surprise to incentive travel and global event planners who have known for a long time that the area has what it takes (weather, airlift, hotels, activities, beaches, meeting spaces, unique venues and more) to make program participants happy and events successful.

To check out what’s new in this popular MICE destination, The Incentivist joined a Visit Florida press FAM and headed south to Florida’s Paradise Coast.

Refreshed, renewed & on the way

During our visit, we stayed at the Naples Grande Beach Resort, which had just wrapped up a $3-million renovation of its 83,000 square feet of meeting and event space. The property sits on 23 waterfront acres and adjoins a 200-acre nature preserve and mangrove estuary. Its 474 guestrooms, including 29 Gulf-view suites and 50 garden villas, underwent a $18-million revamp in 2015. The most recent round of head-to-toe enhancements saw the Royal Palm Ballroom and Orchid Ballroom, as well as the adjacent foyers and breakout rooms, transformed with coastal-inspired design and the latest technology upgrades. The Aura Restaurant and lobby lounge also got a refresh, and the new Mantra eatery (pan-Asian cuisine and cocktails) opened for business.

In Naples proper, we paid a visit to The Inn of Fifth. Located on one of the resort town’s two major shopping streets, this luxury property—Forbes Four-Star and AAA Four-Star—is comprised of two buildings, one housing 119 guestrooms and suites and the other 32 club level suites. The group was able to check out its recently renovated executive boardroom meeting space and the redesigned pool deck.

Outside the city core, we stopped at The Ritz-Carlton, Naples and LaPlaya Beach & Golf Resort. The exterior façade, spa and meeting spaces at The Ritz-Carlton, Naples were restored last summer. Its popular Gumbo Limbo beachfront restaurant was also refreshed and reopened in November. LaPlaya Beach & Golf Resort, which celebrated its 50th anniversary in 2018, had just completed a multi-year, $30-million renovation that included new guestrooms in its Gulf Tower, a reinvigorated lobby and a new look for its beachside restaurant, BALEEN, where we sipped champagne and watched the sunset on the Gulf of Mexico.

On Marco Island, we had the opportunity to tour the just-reopened Hilton Marco Island Resort & Spa as well as the new adults-only Lanai Tower at the JW Marriott Marco Island Beach Resort. Hilton Marco Island’s $60-million full-property reno included total revamps of its 310 guestrooms, and the redesign of its lobby, pool deck space (The Deck at 560 Restaurant & Bar) and 12,000 square feet of meeting space. The JW Marriott’s new third tower features 95 guestrooms; 100,000 square feet of new meeting space; Tesoro, a Mediterranean restaurant; a rooftop lounge; a new pool exclusively for Lanai Tower guests; and the unique 10-K Alley entertainment center, which features a combination of real (bowling) and virtual games. In total, the owners put $320-million into the 810-key property, which is the only JW Marriott beachfront resort in the United States.

Naples also has a few hotels in the development pipeline. Notably, a 109-key property—Old Naples Hotel—is in the planning stages. Located in the trendy Third Street South shopping and dining district near the site of the Naples Hotel (1889), its design will embrace the history of the town’s historic district. A soft opening is scheduled for late 2020, with the property being fully operational in early 2021.

However, the latest big hotel news is that The Athens Group’s proposed redevelopment of The Naples Beach Hotel & Golf Club was approved by Naples City Council on April 17th. The historic 319-key hotel will remain open through the 2020-2021 tourist season, after which ownership will shift to The Athens Group. The developer plans to build a smaller resort with residential condos. A tentative development timeline has construction beginning in 2021 and the new property opening at Thanksgiving 2023.

Going off-site and on the water

The Naples-Marco Island area also delivers on the MICE need for unique venues and activities. During the FAM, the group enjoyed a lunch cruise on the 105-foot Naples Princess. Last September, the 10-year-old yacht underwent a $1-million restoration—new carpeting, deck furniture, HD TVs, upgraded sound system, bright white accents complementing the rich, glossy cherry wood in its indoor cabins—and relaunched in October. Able to accommodate groups of up to 149 people, the Naples Princess cruises Naples Bay and into the Gulf of Mexico, giving attendees the chance to peek into the waterside backyards of some of the town’s wealthy home owners and see some of the area’s diverse wildlife (dolphins, herons, eagles, pelicans).

We check out more wildlife (alligators, Florida panthers, rookery of egrets and a host of exotic animals) when we visit the Naples Zoo at Caribbean Gardens. Its largest group event space is its RainForest Grove, where up to 500 guests (reception-style) can mingle under a canopy of trees and plants or have a seated dinner under a tent (maximum capacity 350). Alternatively, groups (cap. 150 to 300) can use the Black Bear Hammock, which is located near the black bear and Malayan tiger exhibits.

Another interesting option for an off-site event is the The Naples Player, a community theatre in the heart of the Fifth Street shopping district, which is perfect for awards ceremonies, new product introductions and any other event that requires a stage.

Thanks to its well-travelled and well-heeled winter population, the Naples-Marco Island area is restaurant rich so planning a dine-around is a natural for programs. Conde Nast Traveler readers have twice named Naples one of America’s Best Food Cities, and its eateries range from food trucks to fine dining establishments helmed by leading chefs. However, the newest way to get a taste of Naples is offered by  Jamie Ross, who launched Naples Culinary Walks last fall. Our morning tour started with coffee and nautical-themed doughnuts at City Dock at Crayton Cove, followed by quiche tartlets with gluten-free crust at You’ve Got It Coming Caterer, pancakes at The Coffee Shoppe—a cheap and cheerful local favourite—in The Cove Inn on Naples Bay, and mimosas at the Guess-Fisher Gallery. Along the way, Ross filled us in on the area’s culinary scene and history.  It was a delicious start to the day and introduction to Naples. 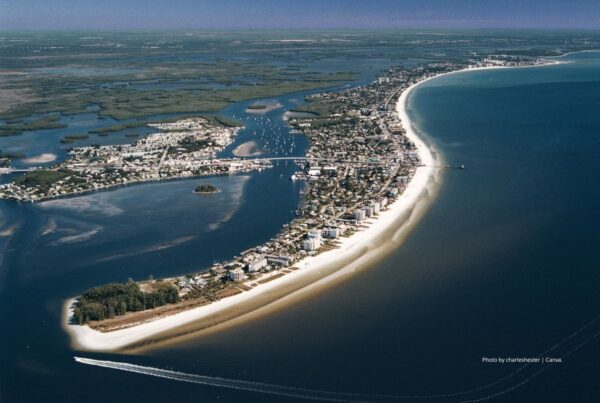