VoX International invites you to explore the reel world

i By The Incentivist August 6, 2020 No Comments

VoX International invites you to visit the destinations it represents via movies and TV series. The VoX International “reel world” includes blockbusters, classic movies and popular TV series, all starring amazing locations. So get the popcorn popping and check out what’s on.

The Beaches of Fort Myers & Sanibel 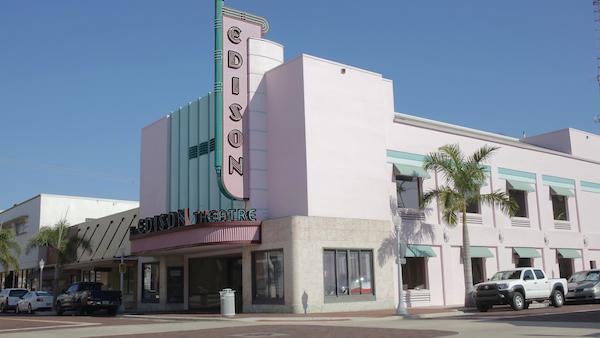 Halloween may still be a few months away but anyone looking to host a spooky movie night should check out George A. Romero’s Day of the Dead, the final film in the Night of the Living Dead trilogy. All above-ground scenes in the movie were filmed in Fort Myers and on Sanibel Island. Fort Myers serves as the backdrop for the city of the dead, with areas around Hendry Street between First and Main Streets rendered suitably decayed for the filming. The Edison Theatre (shown above) is even visible in a few shots of the film. Sanibel Island was used for the beach from which the survivors manage to escape at the end of the movie. Looking for something a little more light-hearted? Fort Myers other film credits include Fever Pitch (Drew Barrymore, Jimmy Fallon),  Sweet Home Alabama (Reese Witherspoon, Patrick Dempsey) and Gone Fishin’ (Joe Pesci, Danny Glover). 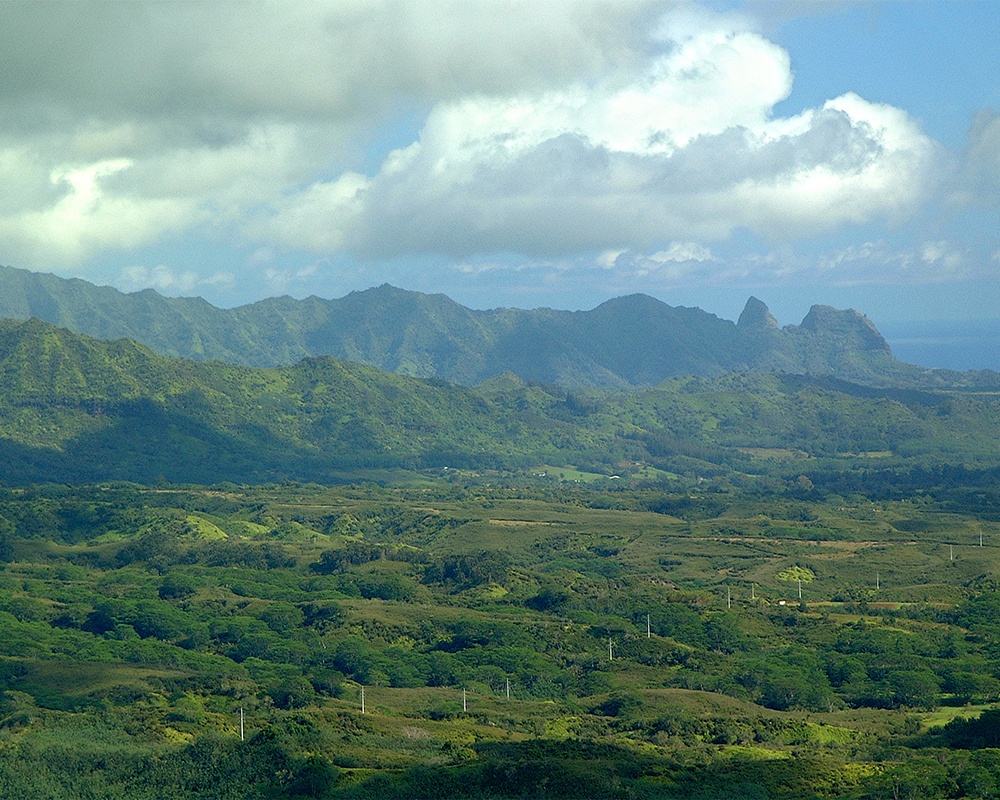 Hawaii has served as a backdrop to over 100 features films since the early 1900s. Raiders of the Lost Ark is one of the most notable movies filmed in the destination. The 1981 American action-adventure film directed by Steven Spielberg and starring Harrison Ford as Indiana Jones, was shot partially on the island of Kauai. Many of the opening scenes set in the Peruvian Jungle were actually filmed in Kauai with both the Anahola Mountains (shown above) and the Huleia River used as stunning set pieces in the movie. Looking for something different? Go here for information on other movies filmed in the Aloha State. 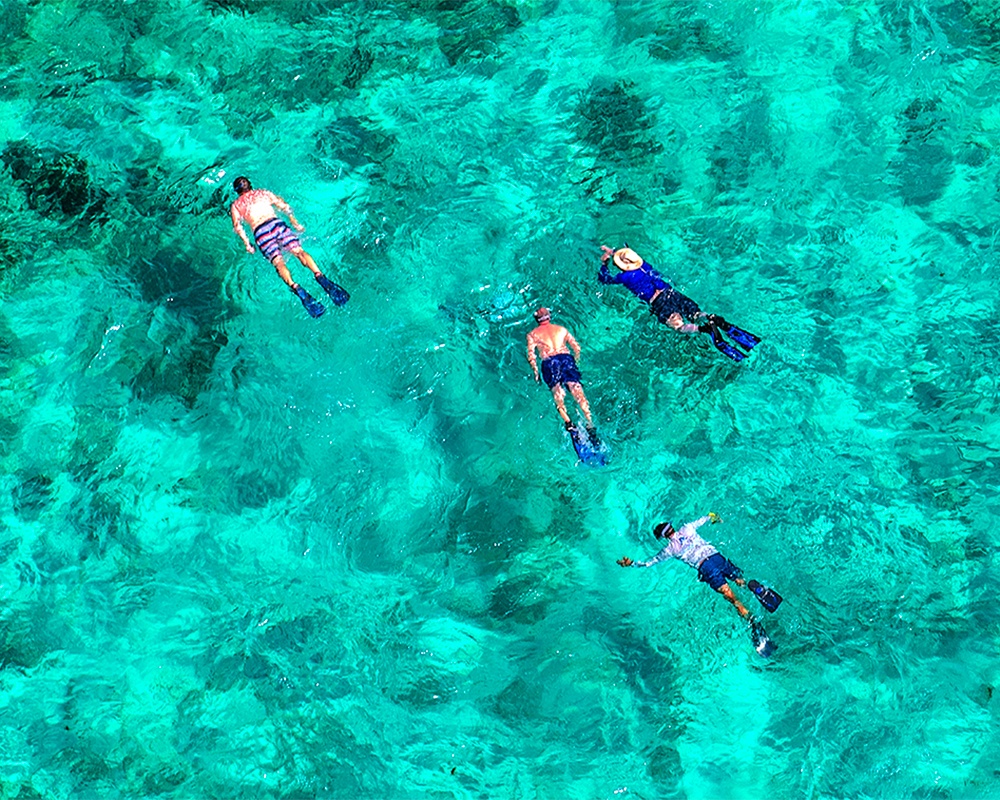 “We’re not bad people, but we did a bad thing.” Starring Sissy Spacek, Sam Shepard, Kyle Chandler, Linda Cardellini and Ben Mendelsohn, the Netflix series Bloodline (2015-2017) is set and filmed on Islamorada, in the Florida Keys and is perfect for binge watching. Centered around the Rayburn family, in this series the Keys are as much a star as the actors themselves. A lot of the filming takes place at The Rayburn House, which is a real hotel—the upscale The Moorings Village and Spa. There’s a snorkeling scene that visits the Christ of the Abyss statue in John Pennekamp Coral Reef State Park (Key Largo), and plenty of bar scenes, including at the Beach Café Morada Bay and the Holiday Isle Tiki Bar, both on Islamorada, and Alabama Jacks on Key Largo, famous for its conch fritters. 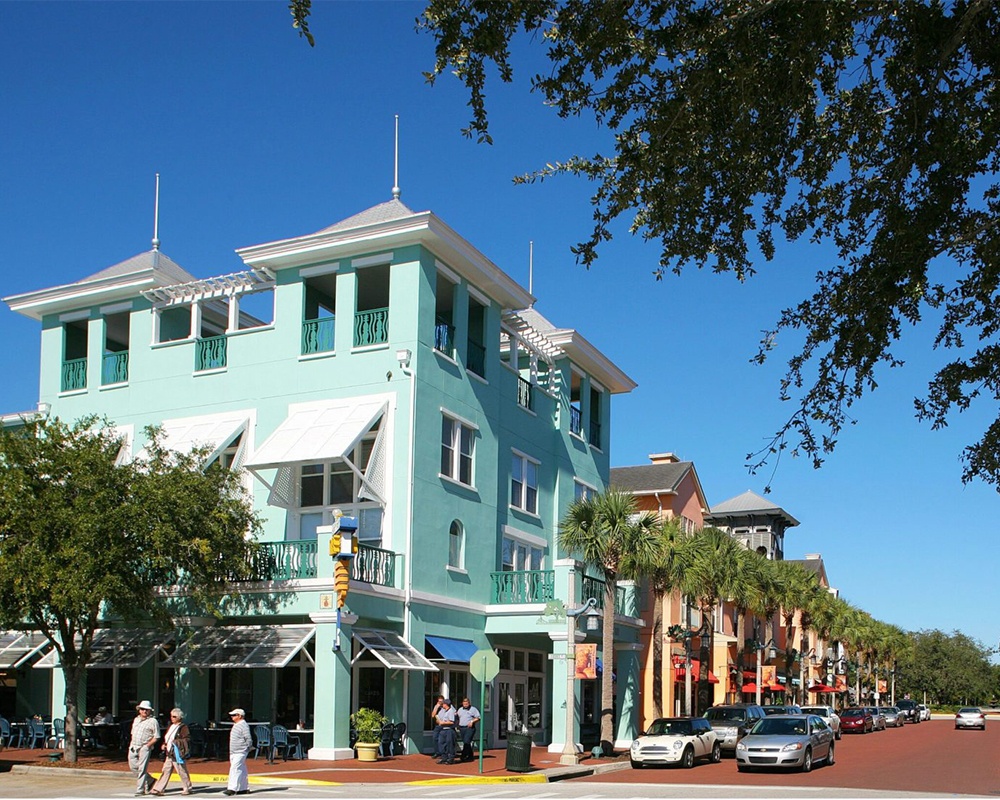 Founded by The Walt Disney Company in the mid-1990s, the master-planned community of Celebration (Celebration Town Center shown here) in Kissimmee, Florida was fashioned after historical American small towns. The nostalgic look and perfect white-picket fenced neighbourhood is so picture-perfect, it even inspired the suburban set of Desperate Housewives. In fact, it is here where you can find a real-life Wisteria Lane where rumour has it, the first episode of the series was originally filmed. The story goes that the episode was later re-shot on a set inspired by the street in Celebration. If you’re looking for a binge-worthy series to sink your teeth into, this scandalous series has it all. 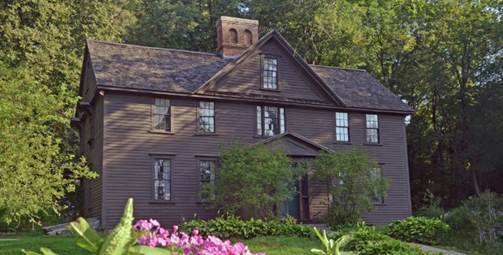 Writer-director Greta Gerwig’s 2019 (Oscar nominated!) adaptation of Louisa May Alcott’s beloved story, Little Women, draws on both the novel and the writings of Louisa May Alcott who hails from Concord, Massachusetts. The novel has been adapted for television and film many times but the 2019 adaptation was the first time the story was filmed entirely in the state of Massachusetts, bringing it home to its roots. Even the scenes in Paris and New York are filmed in the historic towns and homes of Massachusetts. The heart of the story is centred on Orchard House (shown above), the actual home of the Alcott family who lived in the house until 1877. The real-life Orchard House has been beautifully preserved with around 80 percent of the artifacts belonging to the Alcott family, so visiting this historic house gives fans a chance to step into the world of Little Women. In celebration of the release of the movie, The Massachusetts Film Office produced a film map with all of the locations used in the state for fans to explore. 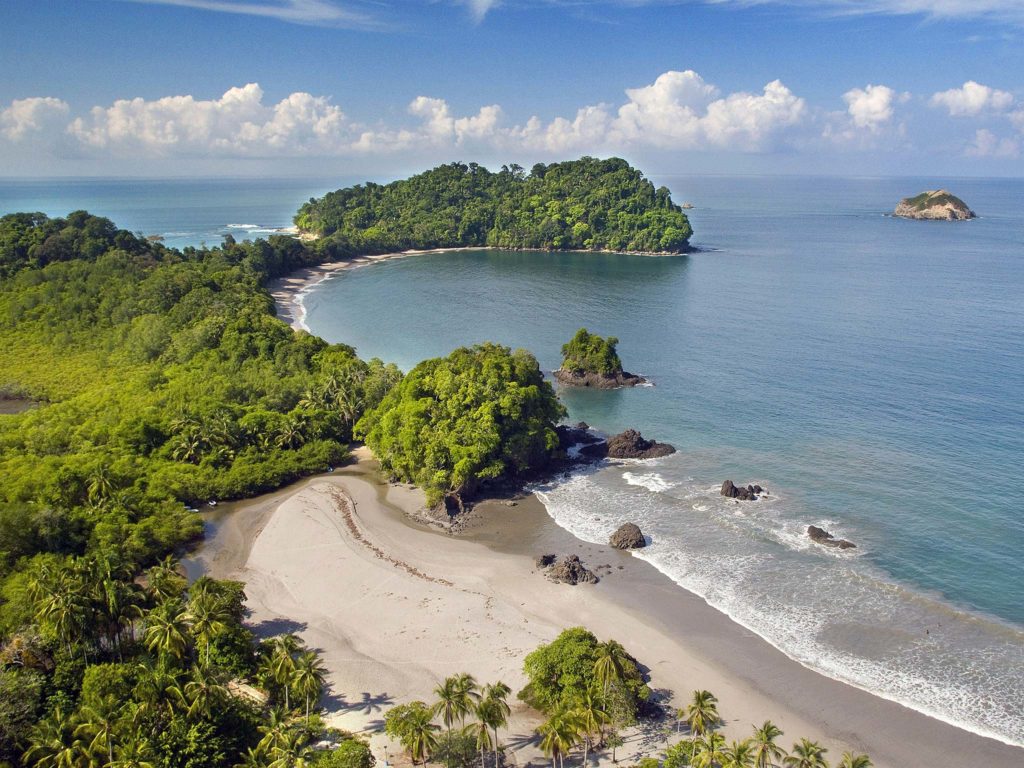 Get inspired to travel to Costa Rica’s rainforests after watching these films featuring the country’s lush greenery. The Isla Nublar in Jurassic Park & The Lost World is widely believed to have been inspired by Isla del Coco, a UNESCO World Heritage Site located off the coast of Costa Rica. Spy Kids 2: Island of Lost Dreams, which follows the Cortez kids as they journey to a mysterious island, was partially filmed in Manuel Antonio National Park (shown above). Manuel Antonio contains a charming combination of the rain forest, beaches and coral reefs and made it the perfect backdrop for the film. The 2014 film Paddington features rainforest scenes from the breathtaking Monteverde Cloud Forest. 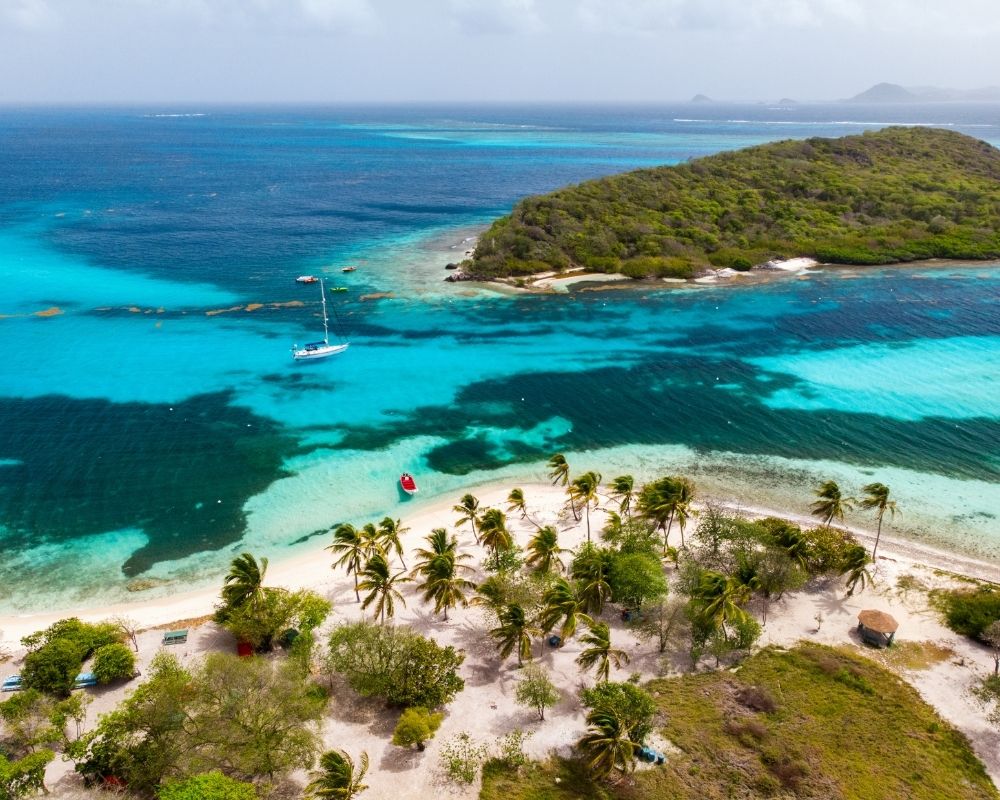 Scenes from the blockbuster Pirates of the Caribbean movies were filmed in St. Vincent and The Grenadines and fans can relive the swashbuckling adventures here at a number of beautiful locations. The opening scene of the first movie, Curse of the Black Pearl, was filed in Wallilabou Bay, which is located on the leeward coast of St. Vincent. The Bay is a picturesque anchorage for sailors and also the port where Captain Jack Sparrow infamously set foot on the jetty as his small boat sank beneath the waves. Petit Tabac is one of the awe-inspiring islands of the Tobago Cays (shown above) and another key location. The island is located outside the Horseshoe Reef and is a picture-perfect deserted island with white powder sand beaches. It was here that Captain Jack Sparrow and Elizabeth Swann were marooned by Captain Barbossa in Curse of the Black Pearl, and where Elizabeth set fire to Jack’s secret stash of rum to create a signal fire. 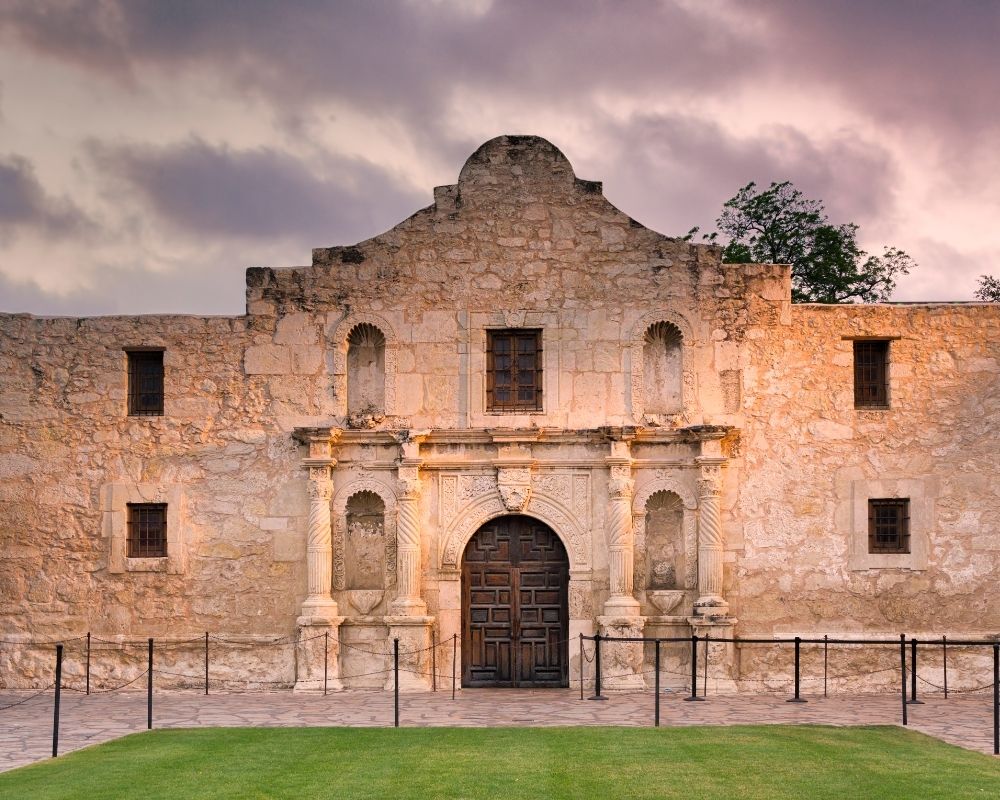 The 1997 film Selena, a biographical musical drama about the life and career of Texas-born Tejano music star Selena Quintanilla-Pérez, a recording artist well known in Mexico and the Latino communities in the United States, was filmed in Texas. The San Antonio Riverwalk is featured when Chris and Selena (Jennifer Lopez) celebrate their marriage with a romantic walk along the popular tourist attraction. During a montage of the song “Bidi Bidi Bom Bom,” Selena and her band perform at multiple locations, including the Alamo Mission (shown above). Swantner Park in Corpus Christi serves as a significant backdrop of the film as well. In the flashback scene located in the park, a young Selena Quintanilla (Rebecca Lee Meza) learns cumbia dancing (aka the “washing machine”) from her mother (Constance Marie). For a list of movies filmed in Texas, visit here. 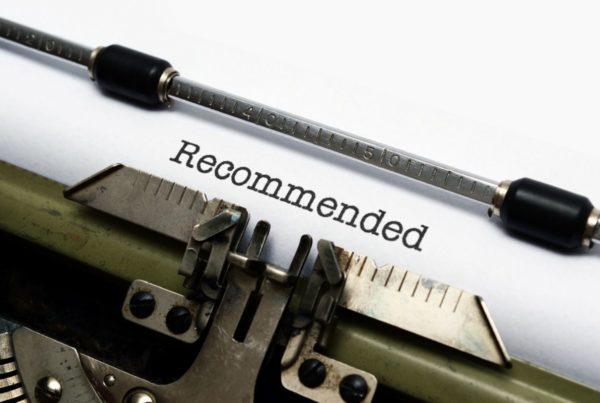 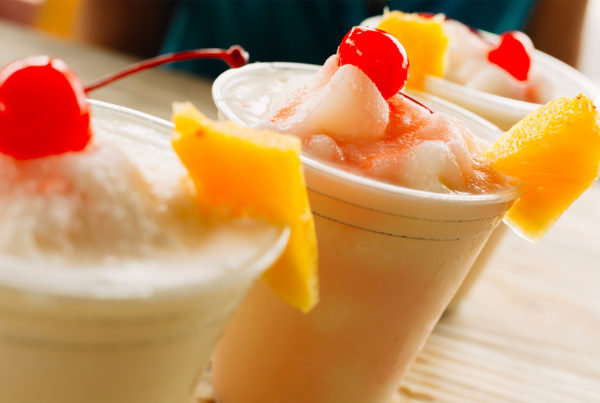 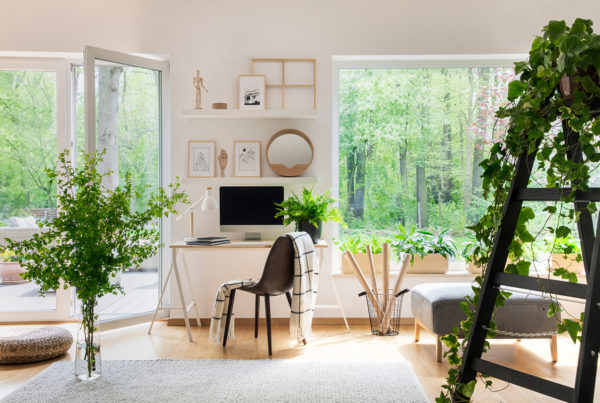